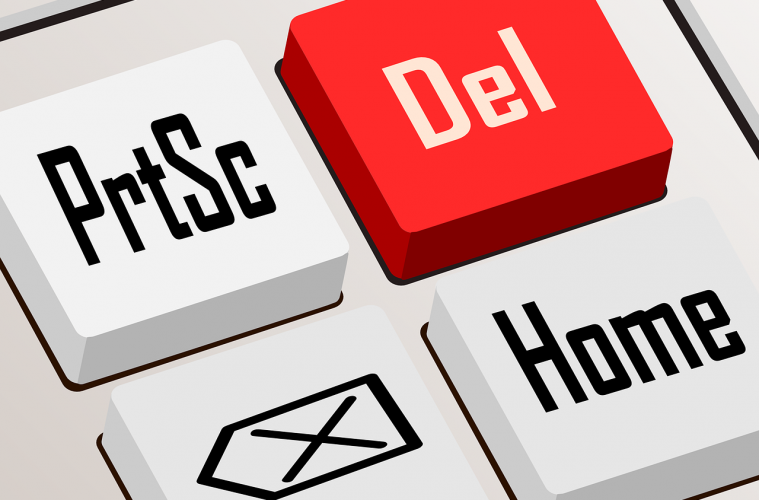 Wait, before you press that delete button

Life happens to each and every one of us on this side of eternity, however we can choose what our responses are to life’s events. More often than not we choose the easiest responses to get out of such incident and move on with our lives. For most people, their response is to give up, press the delete button and write themselves out of the situation. However, most of the situation that happens to us, may temporarily seem as if they are meant to stop our plans, but they also have the capacity to push us and lift us higher into our destiny. The way we respond to those situations will determine the results or outcome of the events – either for it to crush us or for it to be a stepping stones to make us better. If we can only endure and pass through the incident rather than look for the easier way out, we can be sure that the end result will be favorable. According to Romans 8:18, “I am convinced that any suffering we endure is less than nothing compared to the magnitude of glory that is about to be unveiled within us”.

So here are few things I want you to know and think about before you quit on yourself and give up.

1. Someone have gone through this and have won. Often time, we think the situation that we are in have never happened to anyone on the earth. We think our situation is the worst of its kind. History merely repeats itself. It has happened before. Nothing under the sun is truly new Ecclesiastes 1:9. Most people we admire today have at one point or the other in their lives been confronted with the thought to give up but they choose not to and thus became the hero they are today. We too can be the hero of tomorrow if we endure the times. Tough time never last but tough people do.

2. The best time is NOW. It’s easy to believe that life has passed us by, time has gone and that we have allowed opportunities slipped out of our hands due to our carelessness or bad moves and choices and it feels like the end of the road. However, I want you to know that much can still be done in us and through us even if it seems like the game is over. Here are a few examples of people who have passed through the same track as that. Moses started his own career as the leader of Israel at 80 years old when his counterpart have either retired or achieved all they have set out to do and reclining on their achievement. Now Moses was 80 years old and Aaron 83 years old when they spoke to Pharaoh Exodus 7:7. Abraham started his own family at 100 years. Saul became Paul and became a great person after wreaking a lot of havoc to the church. So like the old Chinese proverb which says “the best time to plant a tree was 20 years ago, the second best time is now.”

3. Choose to respond right to issues. Choose to do the right things even when it is not convenient for you. Choose to do good, we have the capacity to do that. It might be hard at first, but with time, it will come easy. Don’t allow yourself to be overpowered with evil. Take the offensive—overpower evil by good! Romans 12:21.

4. Be Patient! Don’t expect things to run at a quicker pace. Take life one step at a time and choose to respond to the circumstance around you with right words, right attitude, and right behaviours. This might be difficult at first, but with time, it will become second nature. Be consistent, keep at it even when you fall, get up and get back in the game. It may look like nothing is happening, you are changing and your capacity is being built. When all kinds of trials and temptations crowd into your lives my brothers, don’t resent them as intruders, but welcome them as friends! Realise that they come to test your faith and to produce in you the quality of endurance. But let the process go on until that endurance is fully developed, and you will find you have become men of mature character with the right sort of independence James 1:3-5.

Remember, this too shall pass away, tough time never last but tough people do. You will surely win and overcome. See you at the top.